Let's Get Things In Order Using Our Skills, Knowledge And Abilities in 2012

I was reading the Word to see what scriptures there were pertaining to the word "order" since 2012 is fast approaching us and the number 12 represents order.

So I ran across Exodus 36:6-7 which reads "Then Moses gave an order and they sent this word throughout the camp: "No man or woman is to make anything else as an offering for the sanctuary." And so the people were restrained from bringing more, because what they already had was more than enough to do all the work. NIV

I began to read the previous scriptures and saw that Moses was to gather all the people who were skilled and crafted in order to build the sanctuary. These men were experts at what they did and they also were able to teach others how to become experts as well.

Those who did not have the skill or craft brought offerings to help with this order. So everybody played a role which means there was unity. The Bible says that where there is unity, the Lord commands His blessings. Now do you see why Moses gave the order for them to not bring anything else as an offering? They did the natural and God did the supernatural.

I believe that this is what we are to be doing now to establish God's kingdom here on earth. God has already given us the skills, knowledge and abilities to do his good and perfect will.

In conclusion, let's get things in order in our personal lives, in our homes and in our church using our skills, knowledge and abilities in order for us to have more than enough of God's blessings, favor and grace.

Posted by Unknown at 8:29 PM No comments:

Are you True To HIS Task?

As I read Luke 10:1-9 tonight, I begin to reflect on what our task is now that Christ has left us here on earth to continue the work that He set out to do.

Jesus said I am the way, the truth and the life. As we encounter the lifeless, they are to gain life because of the life of Christ within us. Peace should over shadow their confused mindset as we minister to their trying situation. They will be empowered by the Holy Ghost to want to live again and experience the abundant life that is available to them through Jesus Christ.

In conclusion, as you encounter others who are going through life without hope, defeated and lifeless, be mindful of the task that we have been given for the harvest truly is great but the laborers are few. I pray that the Lord will send forth laborers into His harvest.

Pray for 60 seconds or 60 minutes in comfort
Posted by Unknown at 7:41 PM No comments: 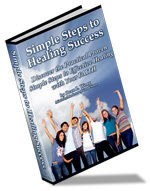 Do you or someone you know need healing? Guess What? Whatever sickness or disease you have can be healed. The first step in this process is that you have to believe to receive your healing. This is true because James 2:17 says "even so faith if it hath not works is dead being alone."

The second step is doing what it takes to increase your faith. How do you increase your faith? Romans 10:17 says "so then faith cometh by hearing and hearing by the word of God." God's word is two things: it is the written word and it is the living word. We have God's faith when His living word is living in us! When we receive God's word we are not receiving words of man but we are receiving thoughts of God.

In conclusion, as you pursue your healing, know that with the spoken word, not only comes the word but the faith also to believe it. We can take our believing power, the faith that comes with the promise and with the spoken word and we can put it as a key into the door to healing. When we do, we unlock within the word, the power it has in itself to bring about the fulfillment of what it has promised - healing.

Need a prayer pillow during your time of prayer? Click Here to preview
Posted by Unknown at 8:23 PM No comments:

Shop Amazon Jewelry - A Gift For Every Mom At Every Price

Create A 15% Off Coupon From DaySpring

Create Wealth For The Kingdom